Cleared to Land: The Records of the Pan American World Airways, Inc.

A Brief History of Pan Am

The following is a short synopsis of a company whose history spanned seven decades.  For more detailed accounts, you may wish to peruse Pan Am's Company Histories or see Special Collections for additional recommended resources.

Pan American World Airways, Inc. began its services in 1927 when the airline, founded by twenty-eight-year-old Juan Trippe, chartered a small seaplane to carry mail from Key West, Florida, to Havana, Cuba. A few months later, in January 1928, Pan Am took its first fare-paying passengers over this route, a journey of ninety miles that lasted one hour and ten minutes. The same year, Trippe engaged the services of Charles A. Lindbergh and the famed American aviator served as a technical advisor on Pan Am’s Board of Directors for the next forty-five years. 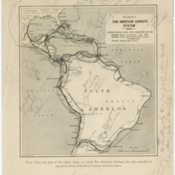 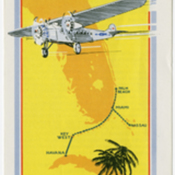 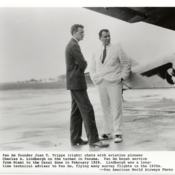 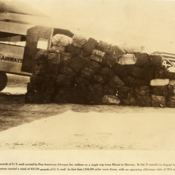 In the 1930s, Pan Am built up routes to the Caribbean islands, Mexico, and Central and South America, developing an infrastructure of airfields, weather stations, and radio navigation aids along the way. Over a period of nine years Pan Am pioneered trans-oceanic services over the Pacific and Atlantic Oceans, expanding even further into the east and west. The aircraft Pan Am flew were called “flying clippers” because they landed on water, and included lounges, dressing rooms, and sleeping berths. 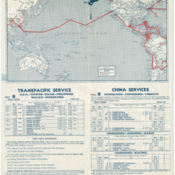 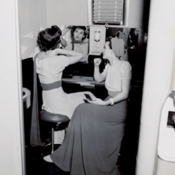 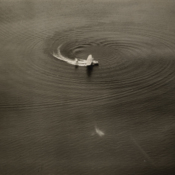 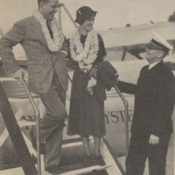 Wings of Democracy, WWII and 1940s

Pan Am soon became the airline-of-choice for the United States government. During WWII, the war of the airplane, Pan Am flew more than ninety million miles on behalf of the U.S. war effort. Pan Am carried military personnel and cargo, ferried bombers and aircraft, and built fifty airports in fifteen countries. The airline also trained thousands of military pilots, navigators, and mechanics. Incredibly, the company continued to expand during this time. By 1947, after only two decades of operation, Pan Am employed nineteen thousand people in sixty-two countries. By the end of the decade, it had established around-the-world service and introduced more economical fares. 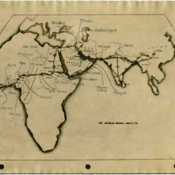 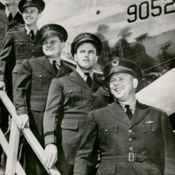 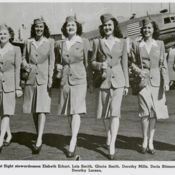 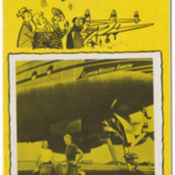 Continuing to break records and push boundaries, in 1958 Pan Am ushered in the Jet Age. With the inauguration of “Clipper America” in October 1958, flying times were reduced by one-half and the world became a much smaller place. In the 1960s, Pan Am introduced the first computerized global reservation system, moved its headquarters to the newly constructed fifty-nine-story Pan Am building, and invested in supersonic transport. In 1964 Pan Am began accepting reservations to the moon and was so renowned that Stanley Kubrick featured it in his 1968 movie “2001: A Space Odyssey.” 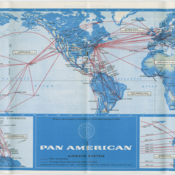 Pan American World Airways route map from 1968 timetable, the year Juan Trippe, founder of Pan Am, retired from the company 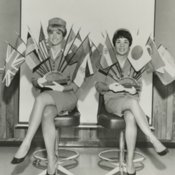 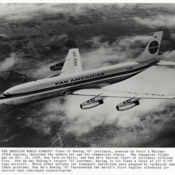 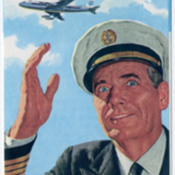 With the introduction of the Boeing 747 jumbo jet in 1970, and the 747SP, with nonstop flights from New York to Tokyo and San Francisco to Hong Kong, in 1976, Pan American continued to shrink the world. However, increases in worldwide fuel costs, deregulation of the airline industry and subsequent proliferation of competitive airlines, a fragile global economy, and a rise in world terrorism all took a toll on Pan Am. Despite the successful acquisition of National Airlines in 1980 and inauguration of domestic routes, Pan Am ceased operations in 1991. 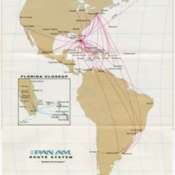 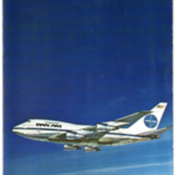 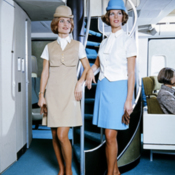 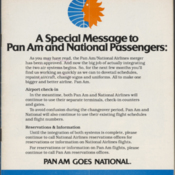