Cleared to Land: The Records of the Pan American World Airways, Inc.

Chain of Custody: the Pan Am Records Land at UM 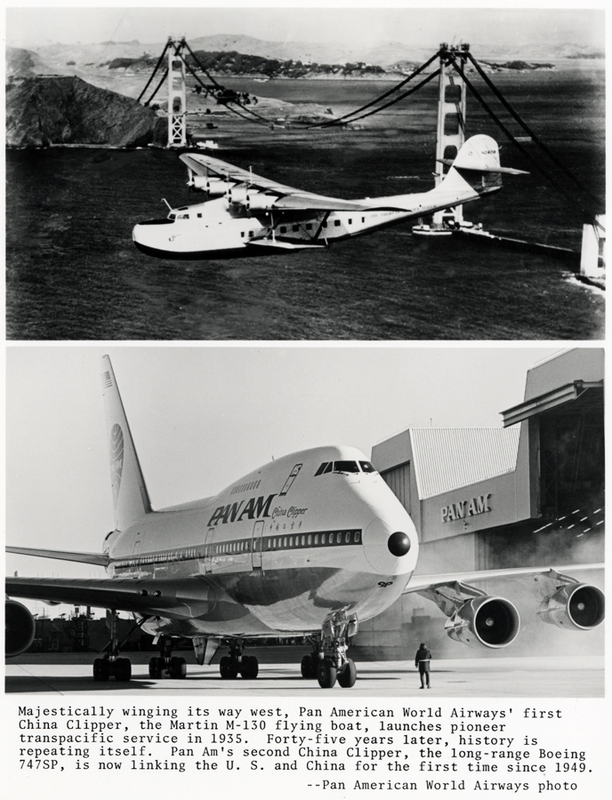 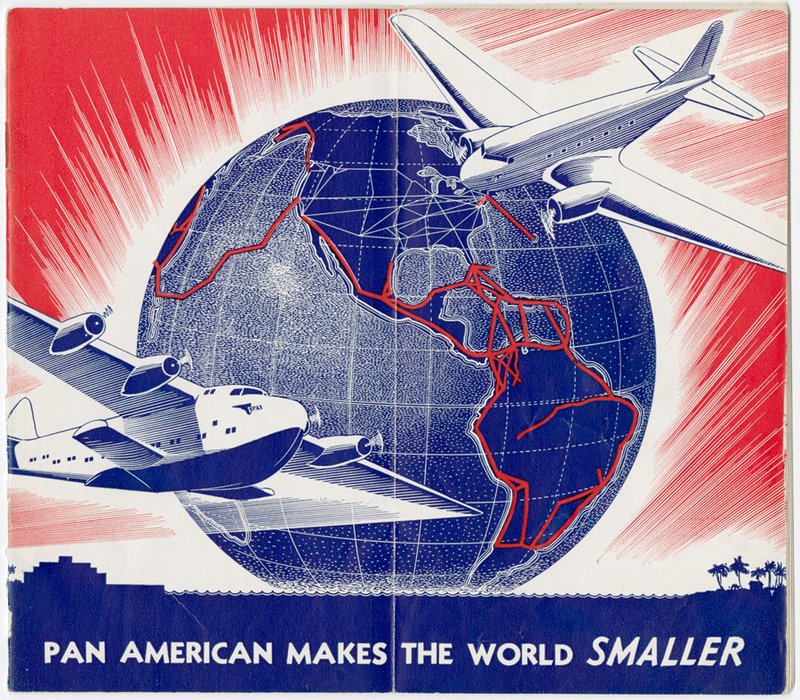 On October 6, 1992, Pan American World Airways, Inc. filed a motion with the United States Bankruptcy Court, Southern District of New York, asking for it to authorize the abandonment of “certain unnecessary and burdensome records” and to approve the establishment of a procedure to select such records for abandonment in an effort to minimize storage and maintenance costs. This Motion of Abandonment of Property led to the auctioning off of the company's corporate records and the creation of the Pan American World Airways, Inc. Records.

The information in this section of the website came from this document:  PAA Motion of Abandonment

The following records were not to be abandoned: (i) environmental records required to be kept by relevant federal regulatory agencies; (ii) employee medical and personnel records; (iii) files and records maintained by debtors’ legal department (including those relating to both pending and inactive litigation); (iv) tax-related records; (v) aircraft maintenance and flight safety records required to be maintained by the Federal Aviation Administration; (vi) all pension records relating to the defined benefit and defined contribution plans previously administered by Pan Am; and (vii) any records considered material or relevant to ongoing litigation in which debtors were involved.

At the time of the motion, only a “discrete portion” of Pan Am’s total records had been selected for abandonment. The process whereby these records were selected was described as “a careful process of internal review conducted by operational personnel.” Pan Am proposed an “additional multi-layered review and approval process” that involved submittal of a form describing the specific records sought to be disposed of to the following parties: in-house legal and tax departments; outside counsel (Cleary, Gottlieb, Steen & Hamilton); counsel for the Official Committee of Unsecured Creditors; counsel for the Ad Hoc Committee of Administrative and Priority Creditors; and counsel for Delta Air Lines, Inc.  It is not clear whether this process was adopted.

At the bankruptcy auction, the Pan Am Historical Foundation and the University of Miami jointly purchased over 85,000 boxes containing what was described as “historical material and routine archives.” Of these boxes, 7,385 were selected for keeping. The boxes came from the following departments:

About one hundred former Pan Am employees, organized by the Pan Am Historical Foundation and under the guidance of the University of Miami Libraries Special Collections, then participated in a culling project during which the collection was reduced to around two thousand boxes. They focused on materials from before the 1930s, during WWII and the Airport Development Program, and letters from former Pan Am presidents.

The University of Miami Special Collections received all the paper, photographic, and audiovisual records, totaling 1,600 boxes, in two shipments (in 1992 and 1998). HistoryMiami Museum (then The Historical Association of Southern Florida) and the Smithsonian received many of the 3-D objects and artifacts. 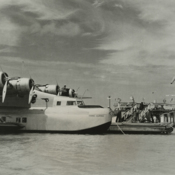 Hawaii Clipper at the dock 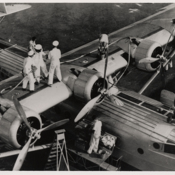 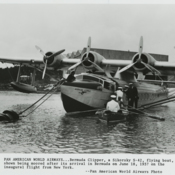 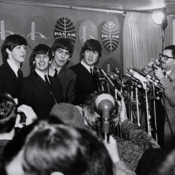