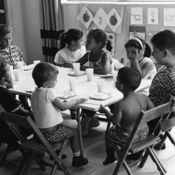 Cuban refugee children at a day care center, one of many services coordinated by the Cuban Refugee Program, ca. 1963

The Cuban Refugee Program coordinated and allocated funds for federal, state, and local assistance initiatives as well as those of voluntary agencies and private sources. The Program provided education and health services for all ages, and vocational training and job placement programs offered refugees the opportunity to join the work force. 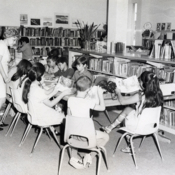 The public school system of Miami-Dade County received federal funds through the Cuban Refugee Program to accommodate the ever-increasing number of school-age children arriving from Cuba. Funding for English-language classes was prioritized at all grade levels and for adult education programs. 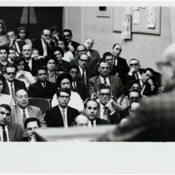 Graduation ceremony for Cuban doctors at the University of Miami

With the support of the Cuban Refugee Program, the University of Miami sponsored programs for Cuban professionals - lawyers, teachers, physicians - to validate their credentials and resume their professions in the United States. The University of Miami graduated 2,346 Cuban doctors between 1961 and 1975 and later established the Office of International Medical Education to expand medical training to physicians from more than 60 countries. 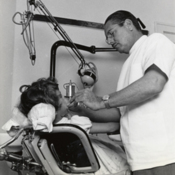 The verso of this photograph reads: In the dentistry section of the U.S. Cuban Refugee Center's medical dispensary, young and old refugees have care of their teeth. Dentists who fled from Cuba attend their compatriots under supervision of an American citizen graduate and licensed dentist. 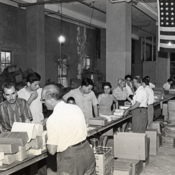 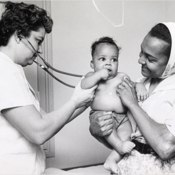 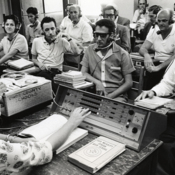 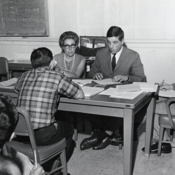 The Cuban Refugee Program issued several publications. These studies promoted and documented the Program, examined it as a model for social services, and analyzed the experiences of Cuban refugees. 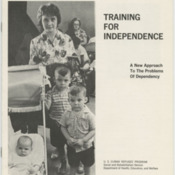 Training for Independence: A New Approach to the Problems of Dependency 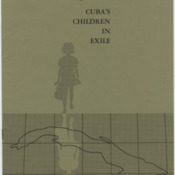 Cuba's Children in Exile: The Story of the Unaccompanied Cuban Refugee Children's Programs 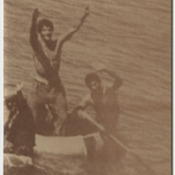