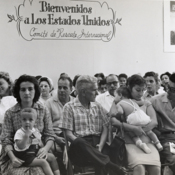 To alleviate overcrowded Miami, the Cuban Refugee Program worked with voluntary agencies to encourage arriving refugees to relocate away from the area. By 1980, 304,000 Cuban refugees, about 60% of those processed, resettled to 38 states and 24 foreign countries through arrangements made by Catholic Relief Services, the United Hebrew Immigration Assistance Society Service, Church World Services, and the nonsectarian International Rescue Committee 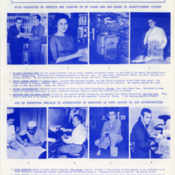 This flyer urged cities in the U.S. to sponsor Cuban refugees, highlighting various Cubans who were contributing successfully in their new communities. 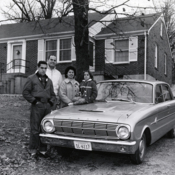 The verso of this photograph reads (translated to English): “The car in the photograph belongs to us.  The Church facilitated the down payment and we are paying $62 every month.  The neighbors are charming and quite friendly.  They were eager to help us as soon as we arrived.” 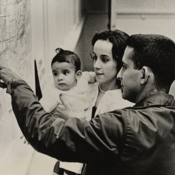 The Hernández family looks at a map to find Los Angeles, California, where they were to resettle with the assistance of Catholic Relief Services. 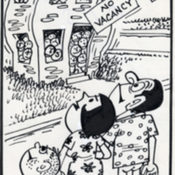 The Cuban caricaturist Silvio Fontanillas (1913?-2000) prepared this cartoon most likely for the newsletter Oportunidades. It depicts the difficulties that many Cuban refugees faced in finding housing in crowded Miami. 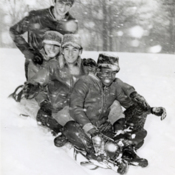 Four Cuban boys sled in the snow in Columbus, Ohio, 1963

Between December 12, 1960 and October 23, 1962, over 14,000 Cuban children arrived unaccompanied in Miami. Through the Operation Pedro Pan program headed by Father Bryan O. Walsh, Cuban parents expedited their children’s expatriation ahead of their own for fear of communist indoctrination. The Pedro Pan children were placed in homes in 100 U.S. cities, and most were reunited with their parents during the Freedom Flights. 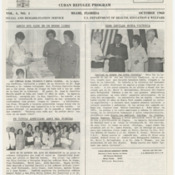 The Cuban Refugee Program published the newsletter Oportunidades to provide news, information, and advice for Cuban refugees arriving in the U.S. 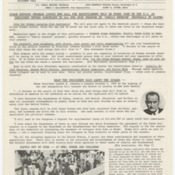 The Program also issued Resettlement Re-Cap to encourage communities outside of South Florida to sponsor Cuban refugees as well as report on the efforts of its resettlement division.  Sponsorship required employers or community groups to provide temporary housing, support, job placement, and orientation, while the federal government paid for relocation.