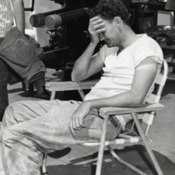 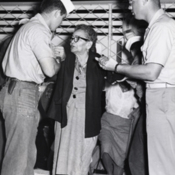 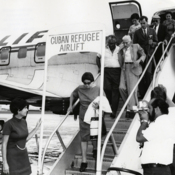 A Cuban refugee reflects on his rescue at sea by the U.S. Coast Guard, ca. 1965

Commercial transportation between the U.S. and Cuba ceased in October 1962 during the Cuban Missile Crisis. With regular flights to Miami permanently suspended, Cubans seeking asylum in the United States had to do so via third-party countries or by risking the dangerous passage of the Straits of Florida. During the three years after the Missile Crisis, 30,000 refugees arrived by sea, often in small, overloaded boats.

In an effort to rid Cuba of political dissidents, Fidel Castro announced in September 1965 that he would allow any Cuban who had relatives in the U.S. to leave the island through the port of Camarioca. Nearly 5,000 Cubans traversed the waters between Cuba and Florida in the next two months in what came to be known as the Camarioca Boatlift.

A Freedom Flight arrives in Miami from Varadero, Cuba, 1970

The Camarioca Boatlift ended with an agreement between the United States and Cuban governments that resulted in the Freedom Flights, an airlift of twice-daily flights between Cuba and Miami. Nearly 270,000 Cuban refugees were reunified with their families in the United States from December 1, 1965 to April 6, 1973.