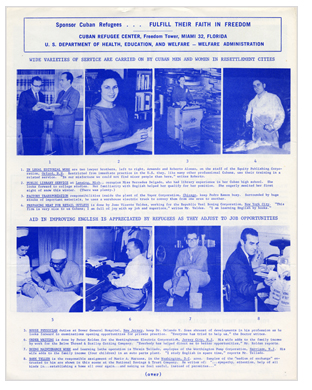 The U.S. Cuban Refugee Program was phased out gradually by the terms of the Refugee Act of 1980 that merged it with other refugee initiatives.  Over the course of 20 years, the Program assisted over half a million exiles as they adjusted to their new lives in the United States.